Micheál spent 14 years studying at the Cork School of Music, Ireland. He is a graduate of University College Cork, Ireland and the Zoltán Kodály Pedagogical Institute of Music in Kecskemét, Hungary, where he studied under Péter Erdei. Micheál has held positions at the Canberra School of Music – Australian National University, the Tasmanian Conservatorium of Music – University of Tasmania, and the Western Australian Academy of Performing Arts – Edith Cowan University. He offers a unique form of training to students of every age from 5 years through to university level.

In 1998 Micheál moved to Perth to establish Cottage School of Music. Since then, he has also held a position as lecturer in music at WAAPA. He is currently Senior Lecturer in Music, specialising in the areas of Aural Training, Music Theory, and Choral Conducting. He is the Director of Eneksis, a vocal ensemble which has gained a reputation as one of the finest choirs in Australia, and he is a Choral Director and Musicianship teacher at the Perth Choral Institute.

Micheál conducts regular workshops for teachers, students, and community organisations in Australia and overseas; many of his workshops have featured at national and international conferences and festivals. He also worked as a consultant to the Singapore Ministry of Education on the development of creativity through music education.

In 2009, he received the Edith Cowan University Vice-Chancellor’s Award for excellence in teaching. In 2010, Micheál received a national award, a ‘Citation for Excellence in Teaching’, as part of the Australian Learning & Teaching Council’s ‘Australian Awards for University Teaching’.

In 2018 Micheál featured as ‘Classroom Music and Choir Mentor’ in the 3-part ABC Television documentary series, ‘Don’t Stop the Music’, a series that set out to show the transformative effect that music can have on schools. 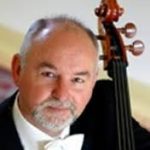 "Micheál McCarthy is an outstanding teacher, conductor and musical facilitator. The training that he provides produce a well-equipped, intelligent, thinking, musician's musician. If there was a Micheál McCarthy in every school, what an exciting and wonderfully enriched place Australia would be!" 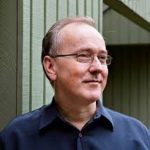 "Ever since we were colleagues at the Tasmanian Conservatorium of Music, where I witnessed his remarkably transformative and inspirational teaching, I have regarded Micheál McCarthy as one of the finest choral directors I know. ...In all, a superb musician for whom I have the utmost respect." 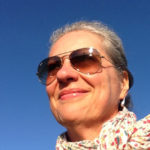 “Micheál McCarthy is one of those rare teachers that is capable of working with any age, always inspiring them to produce their best in any conditions.... he does it with flair, with high standards, with amazing results, with love, care and a great sense of humour. He is truly, one of a kind as a teacher, musician [&] performer.” 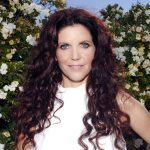 “Many times I have been asked by family, friends and colleagues where to send their kids for music lessons. I always answer, "Cottage Music with Micheál McCarthy!" I could not think of a better start in your child's musical journey than Micheál’s classes!” 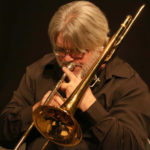 "Micheál McCarthy stands out as one of Australia’s foremost Aural and Musicianship teachers... he sustains this through his empathetic teaching style, his extensive experience as an educator and an uncompromising commitment to his own ongoing professional and musical development." 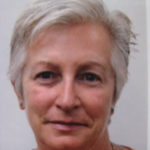 “Bewitchery and beguilery is what I experienced as I sat and watched a master teacher at work... Micheál cajoled and kept those children so interested in the fun they were having that I think they were unaware that they were achieving such high levels of musicianship and musical knowledge!”